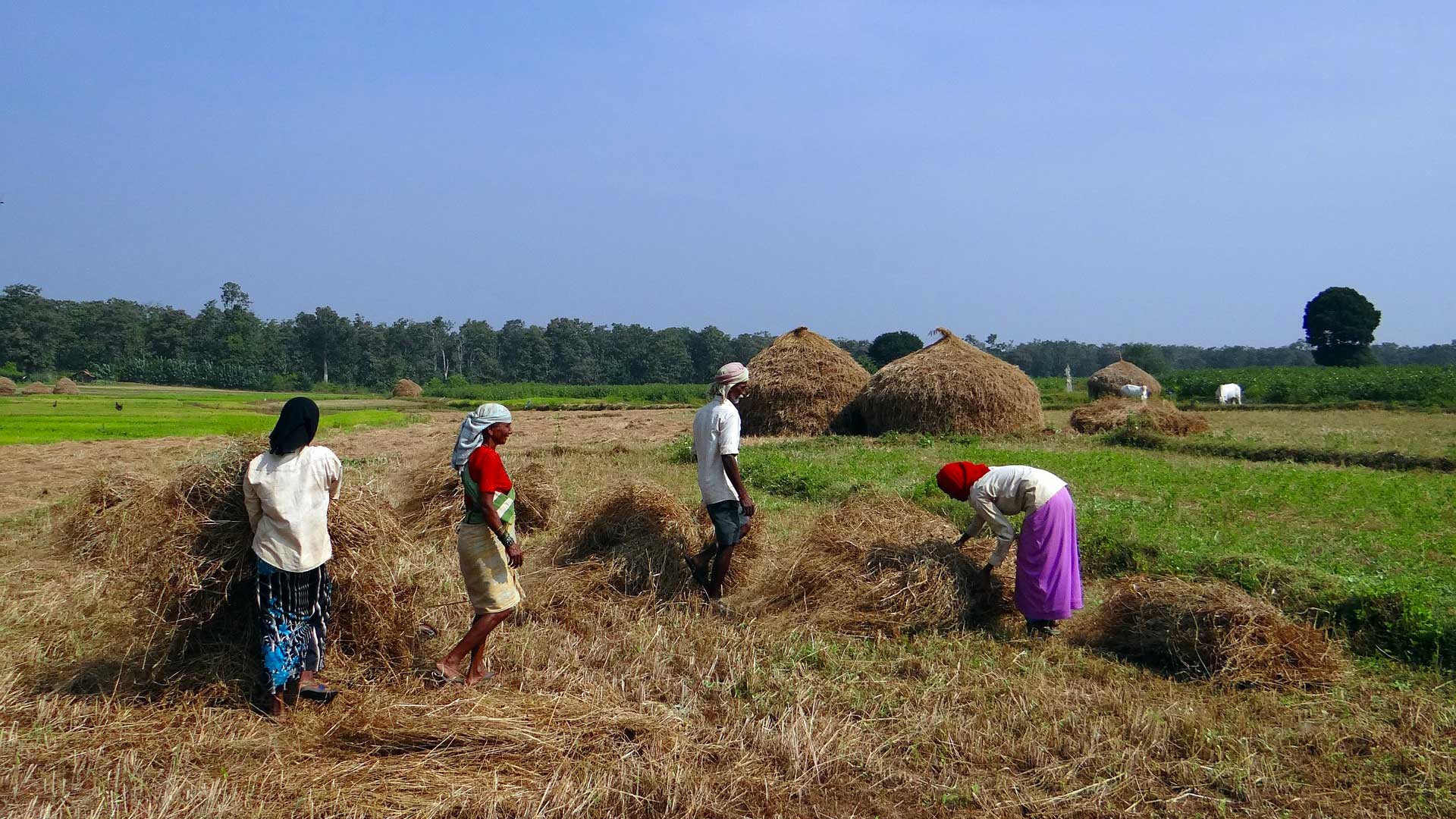 We have spent billions of dollars on poverty alleviation projects over the past twenty years without having very much to show for it. So far, there is slow progress in cutting the percentage of people who live on less than a dollar a day in half in Asia, and virtually no progress in Sub- Saharan Africa. Existing poverty eradication initiatives will continue to fail because they are based on false premises – that it is possible to donate people out of poverty, or that sustained national per capita growth will eliminate poverty in remote rural areas, or that the green revolution will end poverty. Centrally-planned strategies that give equal weight to addressing all poverty related factors simultaneously without setting priorities occupy center stage in the poverty eradication movement, in spite of the failure of previous similar initiatives like integrated rural development. With business as usual, the ambitious UN-led Millennium Development Goal of cutting the percentage of people in income poverty in half, is destined to fail.

Eight hundred million of the 1.1 billion people in the world who earn less than a dollar a day, live in rural areas in developing countries and earn their living from farming. What global poverty eradication efforts have failed to grasp is that these 800 million people earn their living from tiny farms where conventional modern farming and irrigation tools and strategies simply don ‘ t work. Of the 525 million farms in the world, 445 million are smaller than five acres !

Farms under five acres represent 49 % of the total cultivated area in Egypt, 60 % in Ethiopia, 69 % in Bangladesh, 36 % in India, and 15 % in Pakistan. They contributed 40 % of food grain production in India in 1990 / 91, 49 % of total agricultural production in Kenya in 1985, 85 % of total agricultural production in Malawi, and 97 % of national milk production in Ethiopia 1 . If we assume that a family of five lives on each of the world ‘ s 445 million small farms, more than a third of the world ‘ s population live and work on farms smaller than five acres. But the average size of the farms less than five acres is probably closer to two and a half acres, and the average size of farms where dollar-a-day rural people earn their living is even smaller. And even five acres are not much where water is scarce and soils marginal.

Since most of the people who earn less than a dollar a day in the world live on one-acre farms and earn their living from farming, surely the first step in ending poverty is help them find ways to improve their livelihood from farming. I have asked more than three thousand one-acre farmers to tell about their visions for ending their poverty and just about all of them say the two most important things are growing enough food to keep their family fed for the whole year, and finding ways to earn much more than they do now from farming. Just about all of them survive now as grass roots enterprises operating in a permanent liquidity crisis, making vital decisions on what to plant when, how to grow it, and where and when to sell it. All of them, just like the rest of us, operate in the global marketplace. The most pertinent question is, how can they play to their strengths in the global marketplace ? There is little question about their comparative advantage – they have the lowest labour rates in the world, from half a dollar to two dollars a day, so their most direct path to new income is by growing labour-intensive, high-value marketable cash crops.

The three pillars that are described in this publication make it possible for small farmers to grow and profitably market the labour-intensive crops that are so well suited to their strengths. And they provide an approach how development initiatives can assist them.

To increase their income, most small farmers tell me the first step is affordable water control for their crops. This forms the first pillar. Most small farms depend on rainfall, but when they produce fruits and vegetables during the rainy season, everybody else produces them too, and the prices are usually so low it is difficult to earn much income doing it. During the dry season, these crops often sell at a three times higher price, but irrigation is necessary, and conventional water lifting, storage and application technologies are far too big to fit their quarter acre plots, and far to expensive to fit their miniscule pocketbooks. The treadle pump and low-cost drip irrigation were the first two technologies affordable for the poor, that IDE, the organization I founded 25 years ago, developed, and their design was based on bringing the price down to less than a fifth of conventional comparable irrigation tools. With the support of the Gates Foundation and the Foreign Ministry of the Government of the Netherlands, we are now working on designing and bringing to market no less than thirteen affordable well drilling, water lifting, and water distribution technologies.

The second pillar, private sector supply chains, makes two critical assumptions : ( i ) poverty alleviation initiatives are more likely to be successful if they treat poor people as customers instead of as recipients of charity. This assumes that it is critical for poor people to invest their own time and money to move out of poverty ; and ( ii ) if poverty eradication goods and services are being provided by the private sector to poor people who are willing and able to buy them, their accessibility for poor customers is much more likely to be sustainable and scalable than if they are made available for free.

The sale of more than two million treadle pumps and the rapidly growing market demand for 10 million or more low-cost drip systems have demonstrated that private sector supply chains delivering income generating tools and services to poor people are effective, sustainable and scalable. They may take a little longer to implement than giving things away, but they provide the most efficient mechanism to deliver irrigation tools, seeds, fertilizers, other farm inputs, and micro-credit to the small farmers who need them.

Profitable marketing of high-value crops provides the third pillar. This requires a careful analysis of market opportunities in each agro-climatic zone, the selection of four or five high value crops that can be grown there by small farmers, and the removal of the barriers in access to markets. This might involve the facilitation of an effective value chain network from the farm gate to the end customer, the establishment of farm level and village level value added processing, the improvement of product quality, or the initiation of private sector transport services where transport is a constraint.

With their vivid description of these three pillars and the practical suggestions on how they can be translated into successful development interventions, Urs Heierli and Elisabeth Katz have performed an invaluable service for dollar-a-day farmers, and those individuals and organizations working at the grass roots and the policy level to enable them rise out of poverty.