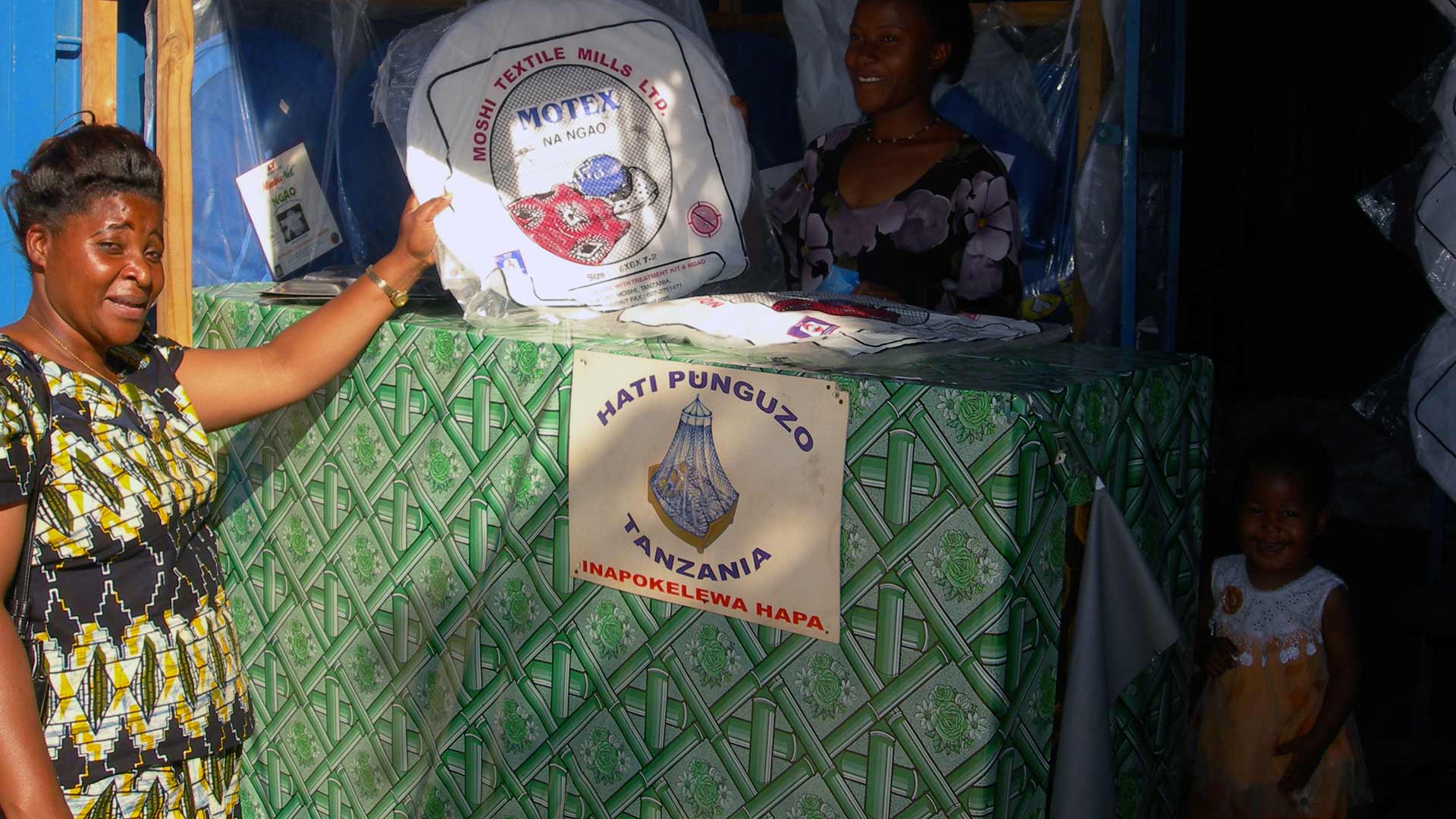 The NATNETS programme in Tanzania

Approximately 100,000 deaths are attributed to malaria yearly in Tanzania –about 80,000 of these deaths are among children under-five. The total Tanzanian population at risk from malaria amounts to nearly 35 million. Young children and pregnant women bear by far the highest risk of dying from malaria. It is estimated that 4% of this risk population, 1.4 million, are pregnant women and that there are approximately 6.4 million under-five children in Tanzania.

In the first four components, impressive results had been achieved: four manufacturers in Tanzania launched large bednet production programmes, some of them becoming significant exporters. Over 6,400 retail outlets are now selling almost three million bednets per annum (compared with 1.1 million in 2001). Some 13.1 million bednets and 12.5 million re-treatments have been delivered from 2002 to 2007. Some 2.96 million nets were sold or distributed in 2007 alone, at prices ranging from TZS 2,000 (US$ 1.75) to TZS 8,000 (US$ 7) depending on type, size and material. Importantly, a true culture of bednet use has been introduced into the country, putting future programmes on a strong basis.